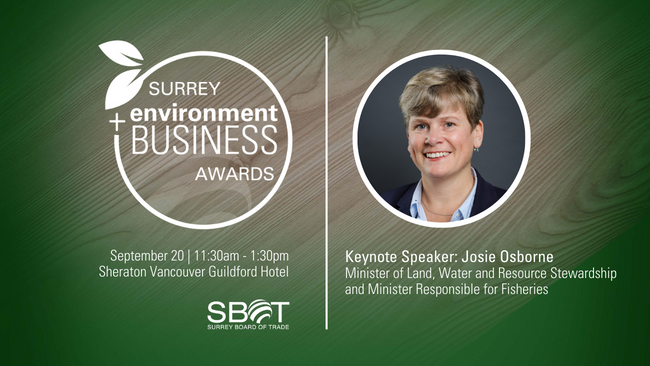 Everyone - businesses, governments and citizens must work together to tackle the challenges of an environment in crisis. Three local businesses will be awarded at this event for their commitment and work in doing their part to be part of the solution.

The event will feature BC's Minister of Land, Water and Resource Stewardship and Minister Responsible for Fisheries, Josie Osborne. Minister Osborne will discuss her goals for land and marine environments, while advancing reconciliation with Indigenous Peoples, environmental sustainability, and economic growth. We will hear about her philosophy on integrated land and natural resource management, and the salmon farming industry. 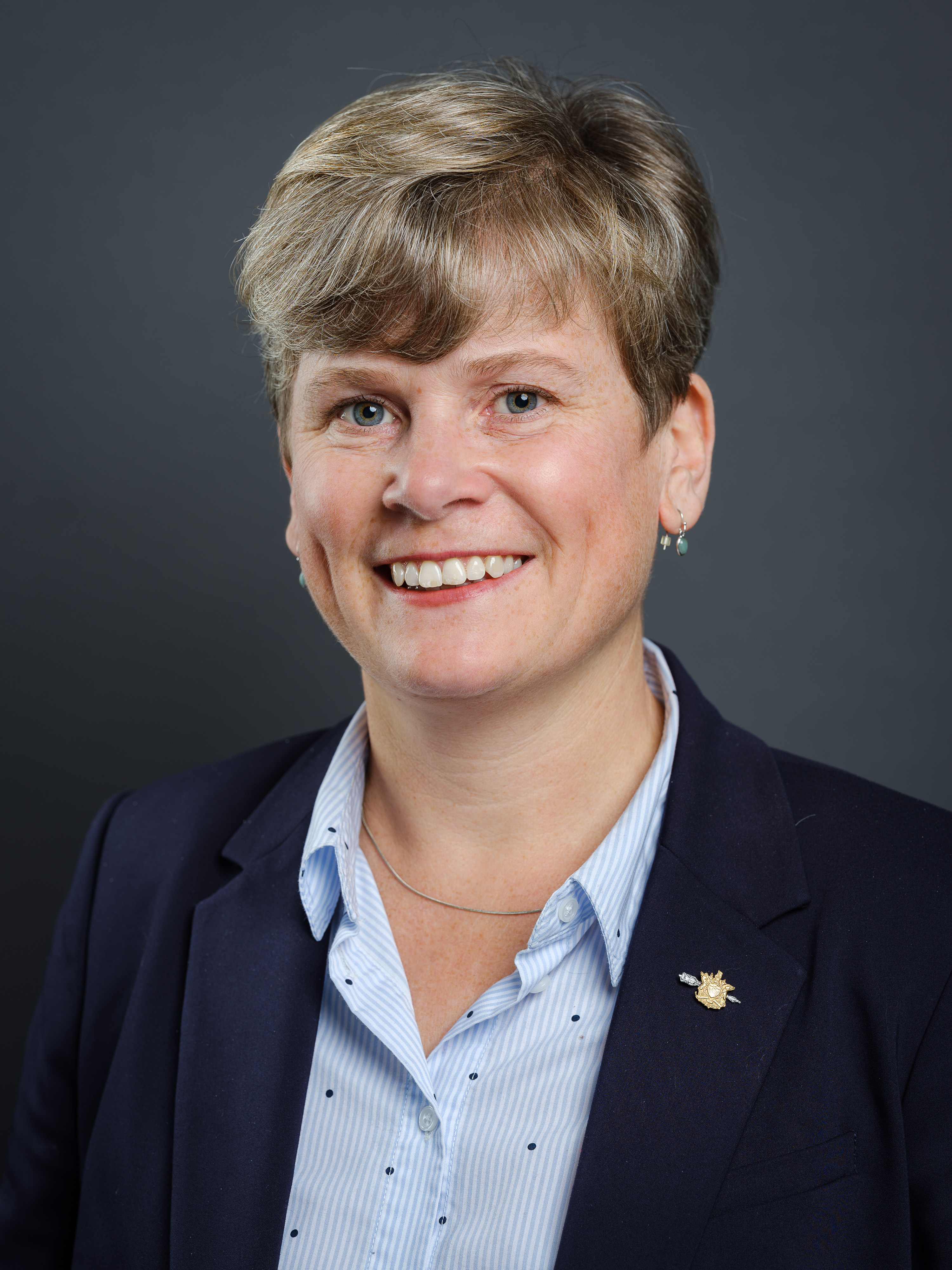 Josie Osborne was elected as MLA for Mid Island-Pacific Rim in 2020. She is the Minister of Land, Water and Resource Stewardship.

Josie grew up on Vancouver Island and has lived in Tofino for over 20 years, first moving there to work as a fisheries biologist for the Nuu-chah-nulth Tribal Council and later as executive director of an environmental education non-profit organization.

She was the Mayor of Tofino from 2013-2020 and served as Chair and Vice-Chair for the Alberni Clayoquot Regional District. During her time in local government, Josie chaired the Tofino Housing Corporation and was a strong proponent of active transportation and regional transit. She has served as Chair of the Board for the Island Coastal Economic Trust, and in 2017, the BC Minister of Environment and Climate Change appointed her to the BC Clean Growth and Climate Action Advisory Council.

Josie lives with her husband on 10 acres in Tofino with their dog, three goats, and a coop full of chickens.
Event Sponsors: