The Surrey Board of Trade, in partnership with the Presidents Group, is offering access to free training to help build your skills and confidence in employing people with disabilities. The content is relevant to anyone
involved in hiring or managing people.

This 5-part course can be completed online at your own pace. Each module takes about 30 minutes to complete. You’ll learn the business case for inclusive workplaces, legal requirements, and terminology, and common workplace barriers employers can address.

Upon completion of the course, you will receive a certificate and your company can be listed on the accessibleemployers.ca website.To see a detailed curriculum visit: https://businessinsurrey.com/workforce-development/accessibility/

To learn more about the launch of this certificate program, join SBOT CEO Anita Huberman and Presidents Group Co-chair Robin Silvester for a discussion about why inclusive employment matters and how Surrey businesses can use this exclusive training opportunity to build their inclusive workplace culture.

About the Presidents Group:

Presidents Group is a network of 25 change-driven BC business leaders who are champions for more accessible, inclusive workplaces. Leaders of businesses of all different sizes and sectors are represented, and nearly 60,000 British Columbians are employed at the Presidents Group’s member organizations. These leaders meet quarterly to share best practices amongst one another and serve an advisory role to BC’s Minister of Social Development and Poverty Reduction. Presidents Group also supports the Community of Accessible Employers, which gives employers beyond the 25 members the chance to join the movement to accessible employment, through free events, networking, and curriculum. Currently, over 250 different companies from across the province have staff signed up for our  Community.
For more information, click www.accessibleemployers.ca. 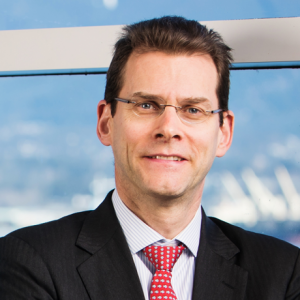 Mr. Silvester was appointed President and Chief Executive Officer of the Vancouver Fraser Port Authority in 2009, bringing to the position extensive international experience in both the port and property sectors. Prior to joining the port authority, Mr. Silvester served as chief executive for the property and facilities management business, United Group Services ANZ in Australia.

Mr. Silvester spent a significant portion of his career serving in senior roles internationally with P&O Ports. As chief development officer, Mr. Silvester led the company’s strategy and global acquisition program, including the businesses that became P&O Ports Canada. Having completed that acquisition, in 2003 Mr. Silvester was appointed the first president and chief executive officer of P&O Ports Canada, based in Vancouver.

In 2004, Mr. Silvester relocated from Vancouver to London, United Kingdom, and later to Sydney, Australia, as a member of the P&O Ports global executive team. Following the acquisition of P&O, then the world’s fourth largest container terminal operator, by Dubai Ports World in 2006, Mr. Silvester remained in Sydney and joined United Group Limited, an ASX 100 listed Engineering and Property Services firm, as chief development officer. He led the $500 million acquisition of U.S. facilities management business Unicco. He was later appointed chief executive of United Group Services ANZ, responsible for leading the company’s property and facilities management business in Australia and New Zealand.

Mr. Silvester began his career in the chemicals industry in the United Kingdom. He also worked in business management and strategy roles in the steel industry and was involved in British Steel’s acquisition program.

Mr. Silvester is a Chartered Engineer, Institute of Corporate Directors, ICD.D, and a graduate of Cambridge University. He completed a corporate finance program at the London Business School. Mr. Silvester is a board member and former chair of the Association of Canadian Port Authorities, vice-president for North America for the International Association of Ports and Harbors, chair of the Greater Vancouver Gateway Council, past chair of the Greater Vancouver Board of Trade and past chair of its Policy Council, a director of the Western Transportation Advisory Council, a board member of the Canada West Foundation, a member of the executive committee of the British Columbia Business Council and a past board member of the British Columbia Maritime Employers’ Association. Mr. Silvester is also a member of the Presidents Group, a network of business leaders in B.C. focused on helping increase employment opportunities for people with disabilities.