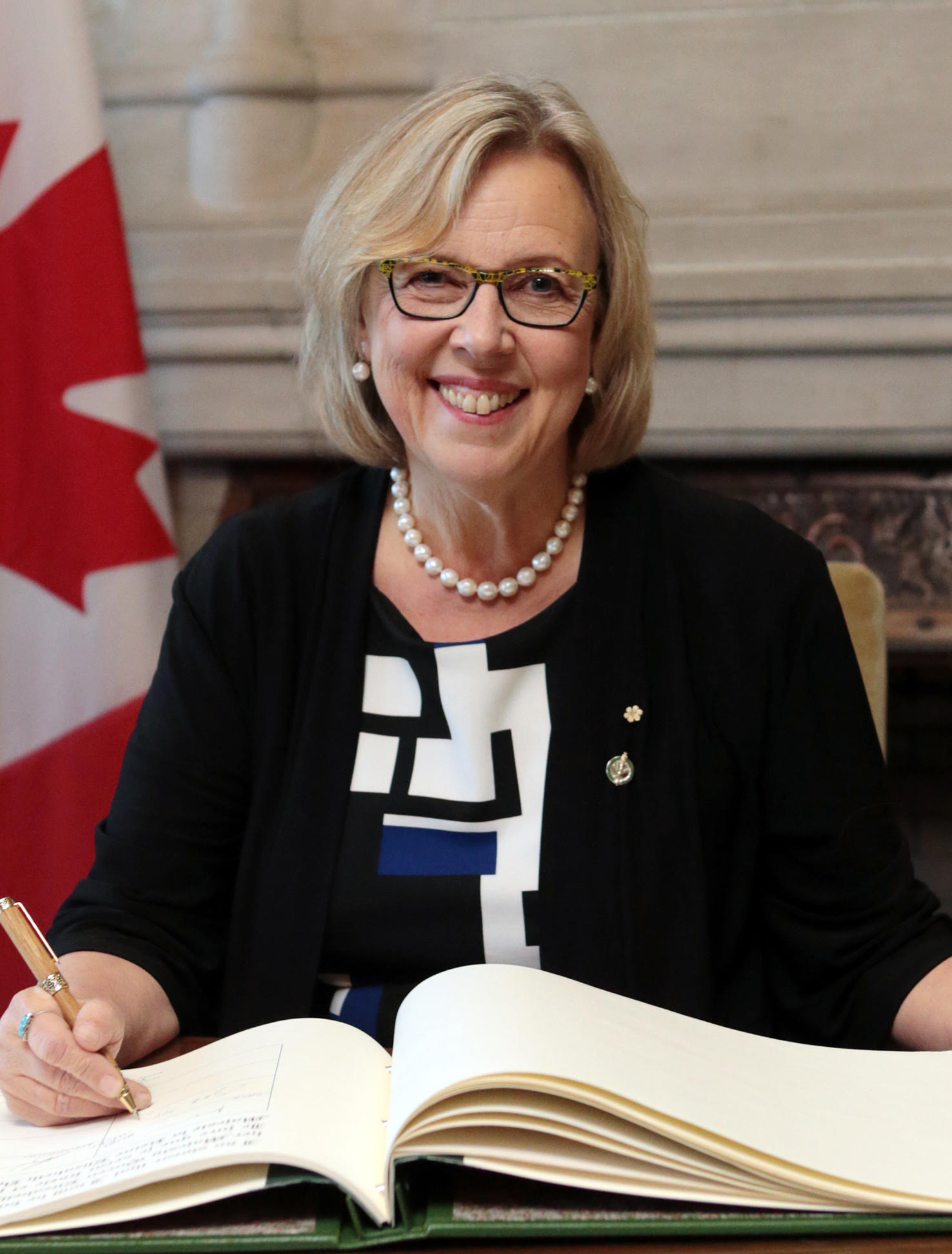 Attend the Business Town Hall Meeting with Green Party Leader, The Honourable Elizabeth May. This is your chance to ask questions on how the Green Party will create economic opportunities for all Canadians.

Elizabeth May is the leader of the Green Party of Canada and Member of Parliament representing the southern Vancouver Island riding of Saanich-Gulf Islands. Elizabeth is an environmentalist, writer, activist and lawyer. Elizabeth became active in the environmental movement in the 1970s. She held the position of Associate General Council for the Public Interest Advocacy Centre prior to becoming Senior Policy Advisor to the Federal Minister of the Environment from 1986 until 1988. Elizabeth became Executive Director of the Sierra Club of Canada in 1989, a position she held until March 2006, when she stepped down to run for leadership of the Green Party of Canada.

In the 2011 Election, Elizabeth made history by being the first Green Party candidate to be elected to the House of Commons. In the 2015 Federal Election Elizabeth May was re- elected in the riding of Saanich-Gulf Islands. 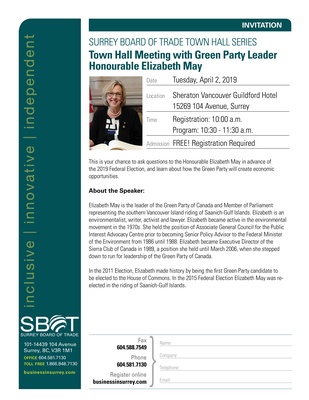